by hodgy
What a fucking great day in the Buttafu-studio!! I rolled out of bed around 2 or so and made some Hamburger Helper, then started rolling up mic cables in the band room. I quickly got distracted and looked at porn on the internet while eating the formerly mentioned HH. Roscoe showed up with the rented microphones and I reluctantly turned off the porn and got to work. Today was the day for Drum Recording, since our beloved Shannon the Cannon is leaving for a month on Tuesday. We almost had all the correct cords, cables, connectors, stands and shit. Russ went to grab another mic cable, and later I went to grab Sickie Jr. from the bus station. He had a bag from 7-11 in his hand when I got him, so I knew there might be trouble. When I got back to the Buttafu-pad, there were like 23 people here. So we got down to the business of rawk. So: Sickie Jr., 4G, Clark Chaos, Rednuts, Russ, The Cannon, and my dumb ass all piled into the band room to get it on.
For gear homos, here's the set up. After a run to Guitar Center for a couple of new mic cables, of course:
1 Shure Beta 52 for the kick
2 Shure Condenser mics for ride and overhead, phantom power through a Behringer board
5 audix mics for snare, hats, toms
into-
4G's Roland VS-1880, which he was kind enough to lend.
Also, we had my Spector 6 string into the Boss GT-6B, and
Clark's classy Epiphone SG into my Johnson J-Station, and
Russ's rompy Yamaho into his Zoom thing
all going into my Roland VS-880, for scratch tracks n' shit.
Also, Coors was flowing. As was the box of Chardonnay (with a splash of OJ- the juice, not the psycho killer).
First song attempt was 'Tounge-Tied and Twisted', formerly known as 'Lips to Hips', just like the Electric Boys. After 4 attempts, and some 'issues' (mostly floor tom ring, and effects loop related) we got a take that kicked some fucking ass. After the initial dialing in of shit, everything was cakey. We got done 7 tunes for an upcoming release:
Tounge-tied and Twisted
The Wicked
Bleeding
As Close to Death
Subtracting the Negative
Untitled 1 (song we wrote with Rob from the Exploited)
Untitled 2 (new mean-ass shit)

Shortly after finishing, and all the high-fives and hand-jobs, the bottom head of Shannon's snare broke. Perfect. It's the fucking Braindead, folks. Once finished, Shannon and I tore down his drum kit (since he's gonna be in the south for a bit) and I forced everyone (oh yeah, Richie showed up, too) to watch some Buttafuko from our gig at the Fenix a couple of weeks ago. Then Sickie Jr. put in some old school Mentors videos. And now I'm typing this shit. Next I will look at some porn. Stay tuned for my next Studio Diarrhhea. I encourage this thread to be stickied. And I encourage other band-mates to write shit up also.
by MuC
bad ass...cant wait to hear it...

by Evil Red
Sounds like it was fun, glad to hear it went down.

by Clark Chaos
This was one of the best recording experience and definitely the most fun I have had recording in a long time. Casual, yet professional and the drums came out sounding so fucking good. And the good thing is that we were all still sober when we go everything dialed in for the songs we decided to keep.

Now, we will begin laying down the rest at Roscoe's pad with Jeff and the rest of us.....

As of right now, the working title for the CD is "Bleeding".

7 Songs, about 40 minutes of music, might add a "live" track or two from the back catalog.

We're taking our time with this one so don't expect it to be released anytime soon.

So far so good.

by Russ T Gonads
So I picked up 4 CDs from Hodgy last night and I only had time to import one song into Nuendo. So far so good, all the tracks are there and sound great...

So who took pictures on Saturday, let's see em if you got em.

Rosco
by Clark Chaos
I think I managed to get two shots and I know 4G was using Hodge's camera.

I would say that this is our best put together CD and our most consistent, musically.

There are no punk oriented tracks on the one.

I love putting out new stuff. 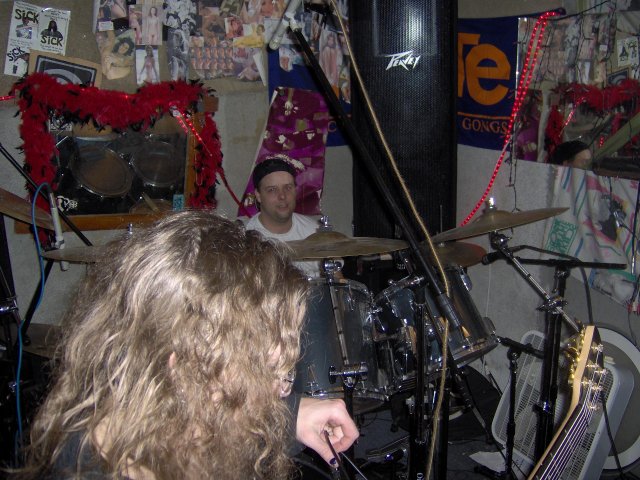 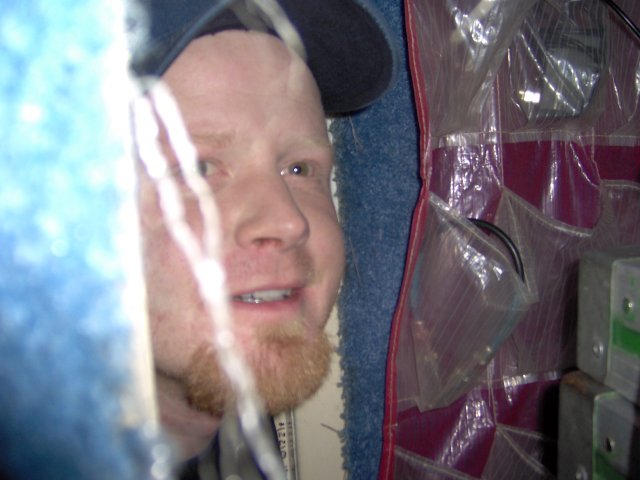 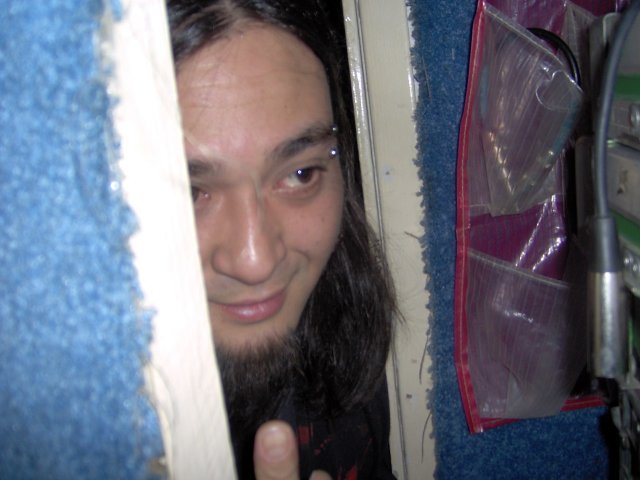 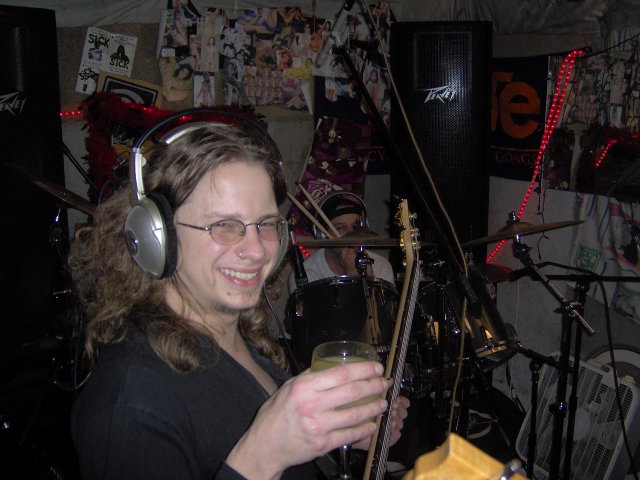 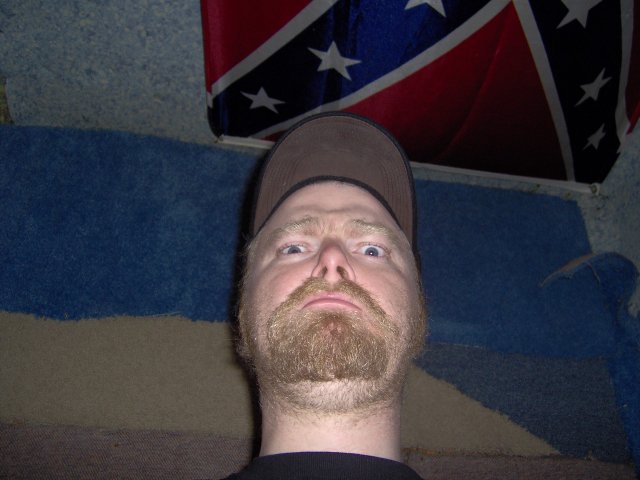 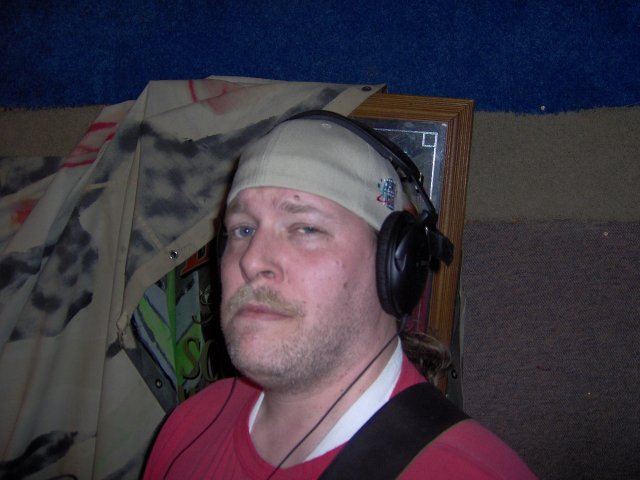 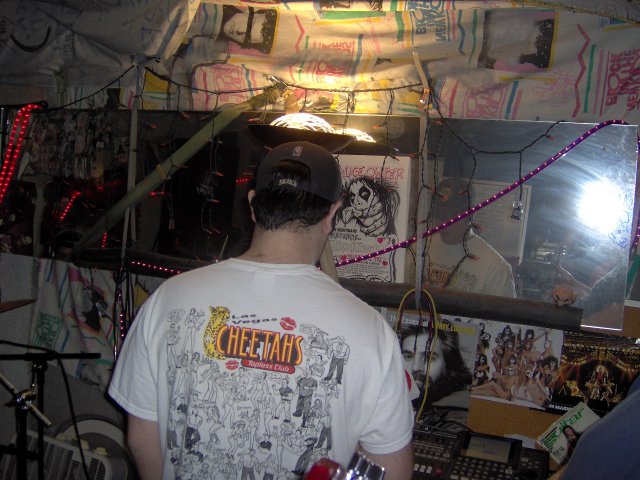 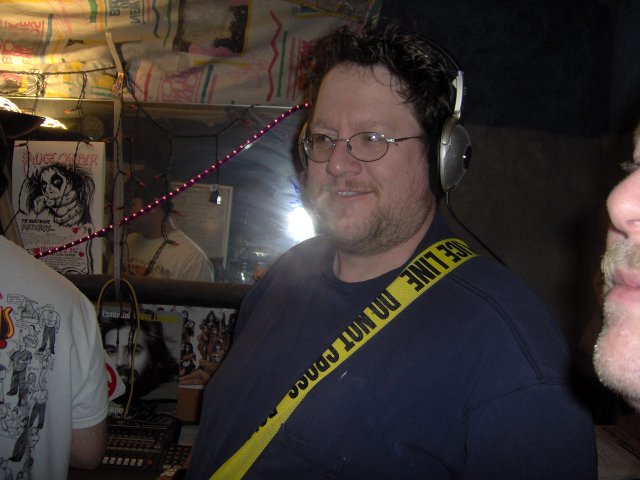 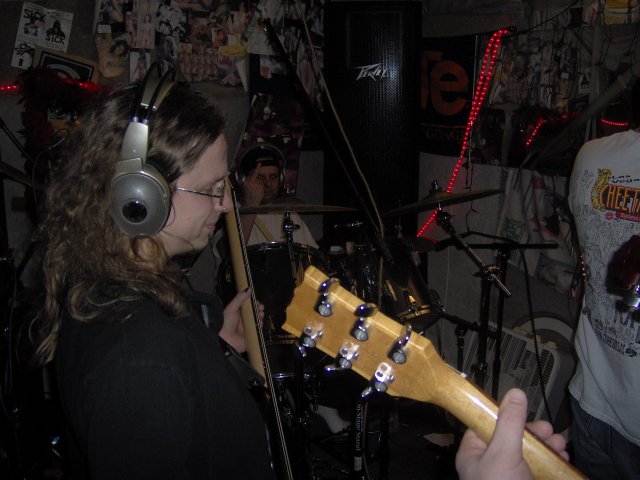 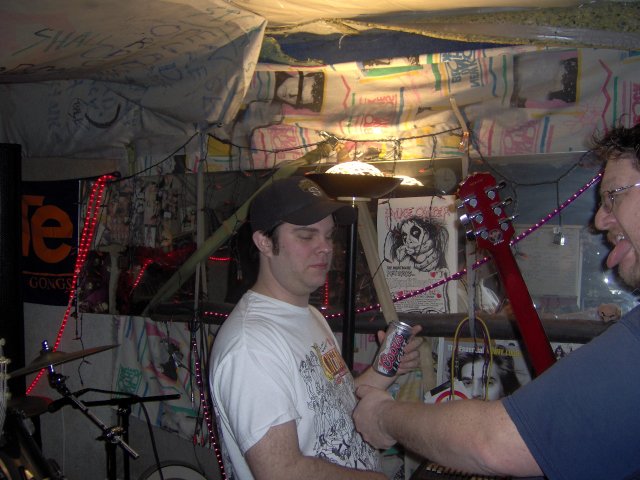 by 200 Bucks
Boy U Can Ony Imagine How Bad 7 Crusters Can Stink Up A Room At Like That. Fucking Amazing!!!!
I Look Forward To Finishing The Record With Yall
by dying to see
7 songs, right on. all new, all bad ass! hey how many of the new songs can we expect to hear at the next show?
by dot
*prances in*

dying to see wrote:7 songs, right on. all new, all bad ass! hey how many of the new songs can we expect to hear at the next show?

Hopfully, all 7 but at least 6 of them I am sure. But there are a lot more then just 7 new songs......those are just the ones that were recorded at this point in time.
by Clark Chaos
Other songs titles.......... "More Beer" and "Felching Blood"..........so many songs such little time with Shannon.

by dying to see

Classic! Can't wait to hear 'em all Clark 'n Crew!
by Clark Chaos
It's not a FEAR cover tune though.

by I am 138
I remember when I used to get new BrainDead material...
by Clark Chaos
Well, when I get 'em Devon. You will absolutely get copies of everything.

Nope, you will most likely hear the standard. Shit, I keep forgetting to send you shit or the one I usually do and that is loose everyones address or phone number.

Clark Chaos wrote:Nope, you will most likely hear the standard. Shit, I keep forgetting to send you shit or the one I usually do and that is loose everyones address or phone number.

That, I can handle. Thanks, Clark!
by Clark Chaos
Don't worry Dev, I havent forgotten you or Jackie.

by Clark Chaos
Next step has been completed this weekend, Hodge has finished his bass tracks on the first 4 songs and I will begin my guitar work this up coming weekend. Looks like this will be a 64 track recording!!!!!!!!!!

I can't wait to hear this shit when its finished.

Sickie Jr. will be mixing the record, which has us totally excited to have a Men...Mentor mixing our record!!!!!!!!!!